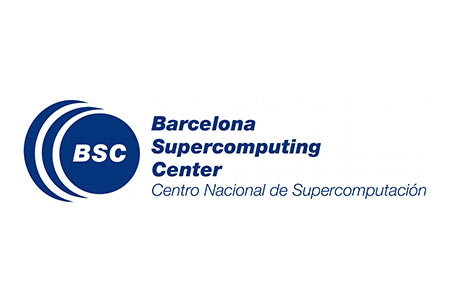 The Barcelona Supercomputing Center (BSC) was established in 2005 and is the Spanish national supercomputing facility and a hosting member of the PRACE distributed supercomputing infrastructure. The Center houses MareNostrum, one of the most powerful supercomputers in Europe. The mission of BSC is to research, develop and manage information technologies in order to facilitate scientific progress.

BSC was a pioneer in combining HPC service provision, and R&D into both computer and computational science (life, earth and engineering sciences) under one roof. The centre fosters multidisciplinary scientific collaboration and innovation and currently has over 400 staff from 41 countries. Since 2011, BSC is one of the Spanish research centres recognized by the national government as a “Severo Ochoa Centre of Excellence”.

The Computer Science Department, directly involved in LANDSUPPORT, focuses on building upon currently available hardware and software technologies and adapting these technologies to make efficient use of supercomputing infrastructures. The department proposes novel architectures for processors and memory hierarchy and develops programming models and innovative implementation approaches for these models as well as tools for performance analysis and prediction.

In LANDSUPPORT, BSC has a major role in Work Package 3, dealing with the development of high performance models, using the COMPSs programming framework, which will serve as a basis for the DS tools. BSC is also involved in WP5, which focuses on implementation of LANDSUPPORT Geospatial Cyberinfrastructure

Scroll to top
We use cookies to ensure that we give you the best experience on our website. If you continue to use this site we will assume that you are ok with that.OkPrivacy policy